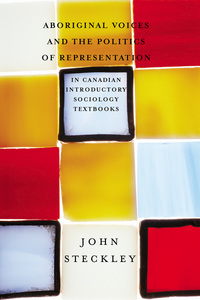 The philosophical underpinnings of this textbook make it a most interesting read for scholars of Aboriginal Studies, the social sciences, humanities and cultural studies and humanistic curriculum development.

John Steckley's familiarity with and respect for the epistemology of the Huron, Mohawk and Ojibwa peoples enlightens and enables his research. In this book, he provides a critical framework for assessing Aboriginal content in introductory sociology textbooks. He defines what is missing from the seventy-seven texts included in his study of the manifestation of cultural hegemony in Canadian sociology textbooks. This critique is suitable for students and professors of sociology, as Dr. Steckley addresses the impact of the ellipses from the textbooks they have traditionally used.